Locking In A Profit On Betting Exchanges – Underdog Tennis Players

A decade ago, the tennis betting landscape cut a much different picture. With traditional bookmakers generally just compiling pre-match odds on matches and the options for punters were severely restricted. Fast forward a decade and things could not be more different. The creation and rise to prominence of the betting exchange model has exponentially increased the number of avenues through which tennis punters can derive a profit. In this article we look at possible trading strategies for fast starting underdog tennis players.

Before we get into the nitty gritty of trading angles, first we need to address just what are betting exchanges? Essentially, exchanges provide a platform through which individuals can offer odds against each other on a wide range of different markets. These platforms enable customers to bet for something (back) or bet against something (lay). The latter was an act previously confined to licenced bookmakers and opening up the practice to individuals through exchanges has resulted in fairer odds and no limits on stakes (which are often imposed by bookmakers). Exchanges also let customers trade in running on a whole range of events and this coupled with the ability to back and lay, opens up a plethora of different approaches from which punters can make money.

There are certain tennis players who get off to fast starts, but then tire late on. Some of these players may have a stamina, concentration or even a confidence issue that affects their game. When these players are outsiders it helps especially, as their odds can contract quickly before the players fade in the matches. There are a number of different strategies that can be used to trade on the long shots that start well. Firstly, they could be backed prior to the match starting. Once the first set is complete and they are victorious, the play is to lay the longshot at the reduced odds, thus locking in the profit. An alternative method would be to simply wait until the end of the first set before striking a bet. That way there is no financial liability pre-match (if the underdog loses the first bet then the stake is almost guaranteed to be lost). By waiting until the end of the first set, the punter can strike a simple lay bet safe in the knowledge that the player regularly throws it away after going ahead. 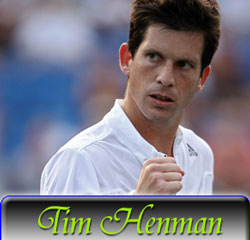 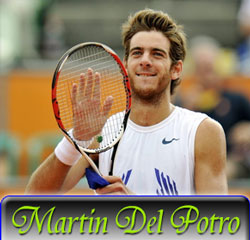 It is very important to know each individual player when betting on the tennis. For instance, Tim Henman (now retired) and Martin Del Potro are two players who can be considered of similar ability (career high positions of world number 4). However, their stats after winning their opening sets are much different. Henman won 86.7% of matches in which is won the opening set, whilst Del Potro fared much better, winning 92.5% of matches where he took the early advantage. Whilst this does not indicate who the quicker starter was, it would suggest that Henman would be more likely to fold and thus would be the better lay at short prices after the end of the first set.